What are your thoughts on Christmas? 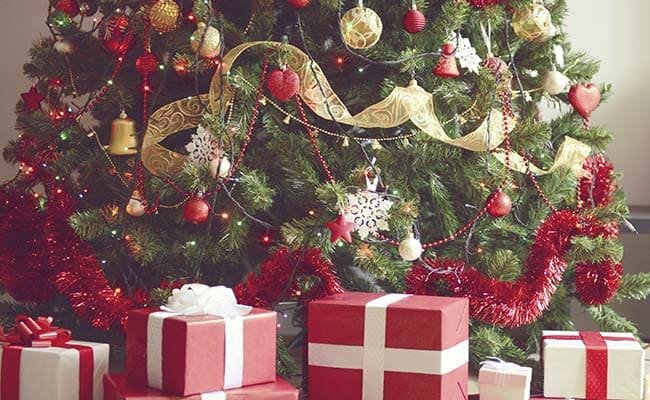 First everyone that shops for gifts on THANKSGIVING. WHY?! How did America get to be like that? We go all year and the month of November preeching about what were thankful for. Just so we can all rush to the store to buy useless items. Fight with other people, stand in line for hours, fight with other people… Its not what Thanksgiving was suppose to be. I miss days of the family gathering and visiting over snack trays, helping in the kitchen to sit down to an amazing feast, followed by the kids off playing and the adults all visiting and telling old stories about the neighborhood, the way things used to be, our childhoods, theirs… It’s like once so many of the older generations pass away its hard to keep the family traditions and stories going.

So Christmas, I’m having a hard time putting my mind around Christmas. This year Andy and I have discussed a lot about Christmas. We aren’t religious at all, we don’t follow the true meaning behind Christmas. So we have kind of decided that maybe Christmas isn’t the best fit for us. It’s just gotten so commercialized as of the past few years. Every commercial seems to be about the newest best gadget or people get into fits and rave about the seasons most popular toy. It’s always about how many gifts you get, the amount someone spends. THEN… The part the bugs me the most. Is people are in such a hurry and rush that most don’t put thought into the gifts they give. They just buy random crap. We have to be thankful that we were thought of… I get that. Which is wonderful that I was thought of. I just wish I was thought of enough that someone actually attempts to get something I truly could use or want. Then I will feel it was more thoughtful then oh ya, she’s on my list, “this will do.” If thats what you want to buy, odds are your going to get a smile and a thanks, then the item being regifted or stored away to get covered in dust and never used.

Thats the part that stresses me out the most about Christmas. Is I’m the type of person thats going to get the meaningful gift you actually like or can use. Rather than just “this will do!” I feel like thats a waste of money and practically not thinking of me in a sense. We have all just been told to be thankful you got anything and you were thought of. I would just assume get nothing at all if you want a smile and a thank you. Hard to really explain.

We haven’t 86’d Christmas fully. It just hasn’t been the same the last few years. Andy’s dad played as Santa for a few of the local malls. He became pretty well known in our area. He made the news multiple times, even Time Magazine. He was an amazing Santa. And just the routein of family photos, visiting him at the mall, seeing all our friends share their photos with him. Christmas Eve when he came home and spent the night with us all decked out looking like Santa. It was amazing. He was like the glue that held Christmas together. Least for us. He made it joyful and fun. This year we just decided to cut out the tree at the house, but have one at the cabin. We still have our fun Elf on the Shelf doing her thing. And I have gathered a couple small gifts for the girls. We just decided that it was time to do it smaller.

I think we finally have decided that we are going to head out to the cabin Christmas Eve and spend the night there, do Christmas out there and an early dinner over the fire. Something we haven’t done. And I think it will be good for the kids to step away from the usual Christmas activites. Always good to try something new.

View all posts by dnaharden

Some of our travels